This project is now in update mode. Check back regularly to see how things are progressing.

Meet the incoming chair of the Department of Computer Science, Lydia Tapia 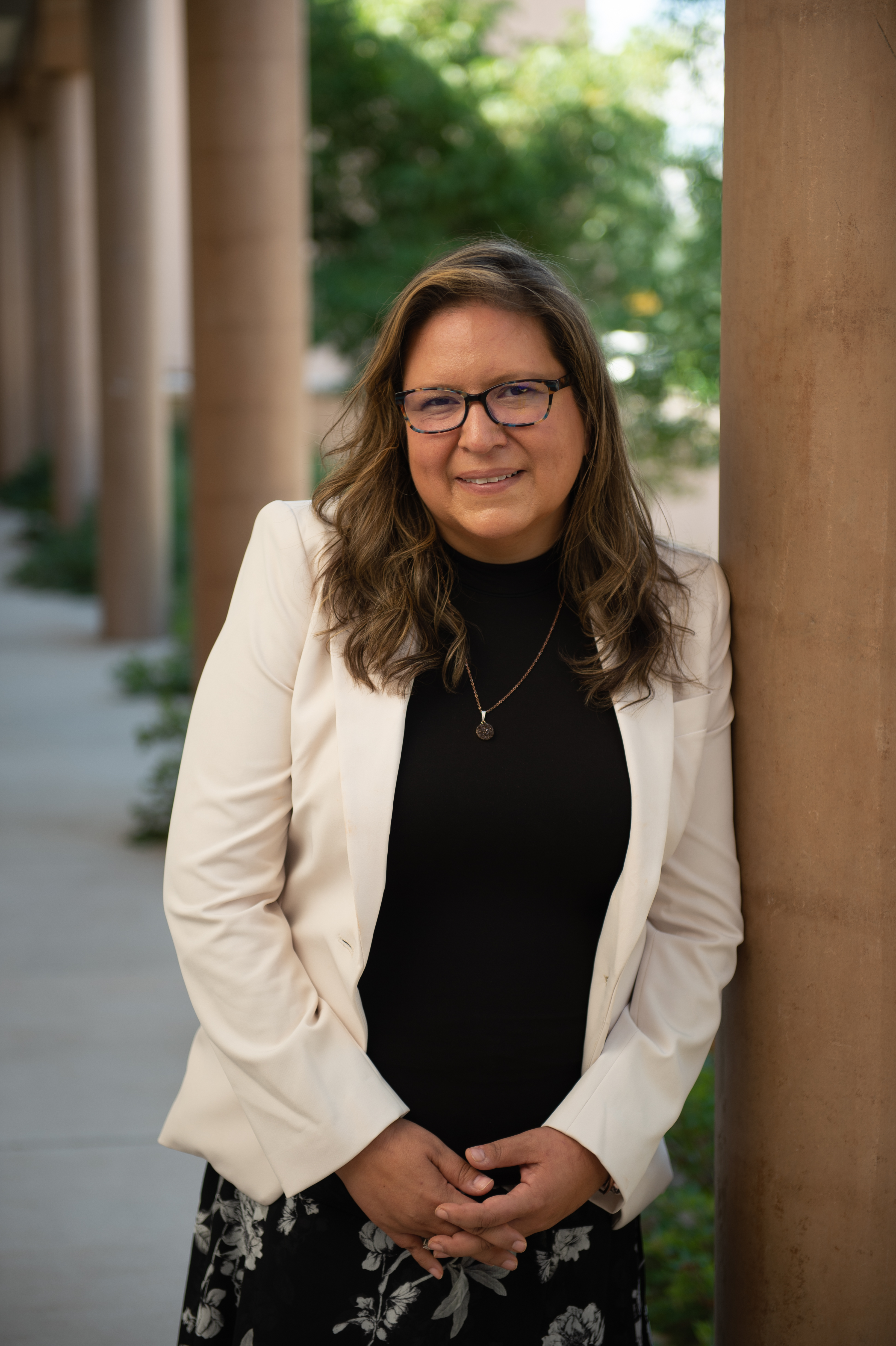 Growing up, Lydia Tapia was curious about computers, but didn’t have much interest in what would eventually become her area of expertise: computer science.

An Albuquerque native, the now-professor and incoming chair of the Department of Computer Science was actually more interested in biology. One of her first exposures to computer science was when she was a student at Sandia High School and became involved in the New Mexico High School Supercomputing Challenge.

“My friends and I signed up because we were strong math students and we got a trip to Glorieta [New Mexico],” she said. “I didn’t even know how to code!”

When she asked her father for a computer, she had her heart set on what she thought was then the state-of-the-art: a Commodore 64.

“He got me a Commodore 128, and I was so disappointed,” she said. “I didn’t realize the 128 was actually a better computer than what I’d asked for!”

When she was a senior in high school, she was an intern at Sandia National Laboratories through the Career Enrichment Program. Although she found some of the projects interesting, she wasn’t convinced that a career in computer science was right for her.

Even though she wasn’t set on a career in computer science, she began..... Continue reading.

Our way
of Thanking You

By making a $10 monthly recurring gift, you'll enable us to support study sessions for our students. Your yearly impact totals $120! Please be sure to click "recurring" on the next page to begin your subscription. All gifts of $10 or more monthly will receive regular CS email updates.

By making a $20 monthly recurring gift, you'll enable us to support lunches and other networking opportunities for our students. Your yearly impact totals $240! Please be sure to click "recurring" on the next page to begin your subscription. All gifts of $20 or more monthly will receive regular CS email updates.

Your gift at any amount makes an immediate impact on our students. Your support is appreciated and vital to our success.

Your gift of $75 supports student books and tech needs. To show our thanks for your gift of $75, we'll send you the update emails and a car decal to showcase your UNM pride.

Your gift of $250 helps the CS department cover costs of our honor cords. Help our students stand out at Commencement by making your gift today. All gifts of $250 or more will get a CS t-shirt to show your UNM pride!

Gifts of $500 or more helps with providing materials for our CS AI Innovation Space. Your support enables us to upgrade our technology and equipment, build out the space from flooring to furniture, and ensure proper safety equipment. All gifts of $500 or more will receive a t-shirt and an invitation for a private, customized tour of CS labs.

In addition to the t-shirt and tour, donors who give $1,000 or more will be featured on a plaque in the CS AL Innovation space as a thank you to our most loyal supporters.